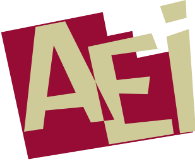 Psycho-sociology, Gerontology and Aging: towards an economic and social revolution for society

This SI aims at better understand the elderly through the theory of aging and by considering different areas of research, such as gerontology, economic, entrepreneurship, HRM and psycho-sociology.
The aging process and how people experienced it, is one of the main topics of medical science, as it can have a direct effect on people’s life expectancy. The importance of aging process in maintaining life satisfaction and well-being during the lifespan made it a subject of interest for individuals and different actors such as companies and public services. According to Austad (1997), the aging process refers to “the different developments and changes in the body’s functions over time, the losses, the gains, and the perceptions resulting from these changes”. The mentioned process differs from one individual to another and is associated with both objective (physical degradation, the decline in perceptual and memory performance) and subjective (a person perception of his own aging) factors (Fontaine, 1999). Hence, in the senior segmentation, considering objective variables such as age or income is as important as considering subjective variables such as the perceived aging experience (Guiot, 2006).

Changes and their consequences on behaviors

As individuals become older, they face social, physical and cognitive difficulties that may affect their attitudes and behaviors (Greco, 1987, Schewe, 1989, Ostroff, 1989). Social changes in the elderly, like becoming grandparents, losing some social roles and trying to find the new ones, are particularly important as older individuals have to adapt them (Tamaro-Hans, 1999). Especially, retirement stands as one of the most significant events in one’s life and is mainly associated with the loss of social roles that individuals have to cope with.

Physical disorders which include the loss of sensorial abilities (Vanhamme, 2001) are also some other consequences of becoming old. Cognitive disorders cause decreasing intellectual capabilities (Mishara and Riedel, 1985; De Ladoucette, 1997), concentration or attention problems (Van der Linden, 1994; Boujon, 1995) as well as memorizing and retrieval information problems (Mishara and Riedel, 1985). These changes may have a great impact on information processing, such as the way the older individuals process any environmental stimulus (Moschis, 1994).
One of the major concerns caused by an aging population is the question of whether the working population will be productive enough to maintain economic growth as well as the serious impacts on workplaces. While striving to maintain a skilled and productive workforce, organizations and governments must face the challenges posed by an ageing generation, find diversified and innovative solutions (Wisse et al., 2015). Developing an active ageing strategy requires considering employers’ attitudes regarding older people, individuals’ perceptions of their end of career (Rabl & del Carmen Triana, 2014) and efforts made by governments in favour of active ageing (Saba, 2014).  The end-of-career trajectories of both men and women remain unpredictable, often uncertain and deserve attention.

Entrepreneurship literature suggests that the more aged people are, the less motivated they are in setting up a new business. Seniors have less appetite to engage in entrepreneurial activities (Curran and Blackburn, 2001; Hart et al., 2004; Levesque and Minniti, 2006) since the cost of the time factor increases with age and thus discourage seniors’ venture for entrepreneurship (Kautonen, Tornikoski and Kibler, 2011).
Moreover, whether consciously or unconsciously, aging is mainly associated with the perspective of death (Routledge and Arndt, 2005). As the people grow older, the time is shrinking for them and is perceived as being limited. This aspect of the aging experience may lead to different motivations and behaviors which the older individuals imply in the rest of their life.
Aging theories and topics of interest
Several theories have been developed by the psychology and gerontology to explain the motivations and behaviors of elderly. The “psychosocial development” theory suggests how death consciousness in the older individuals is associated with the acceptance of one’s destiny (Erikson, 1963). The “socio-emotional selectivity” (TSS) theory suggests time perception influences goals and motivations (Carstensen, Fung and Charles, 2003). The “Selection, optimization, compensation” (SOC) theory introduces three regulation strategies which contribute in successful aging (Baltes and Freund, 2003).
Some other discussed theories are the “theory of disengagement”, the “theory of activity”, the “theory of socialization” (Smith and Moschis, 1984) as well as “the theory of continuity” (Atchley, 1989). As it is suggested by these theories, the older individuals stand as an interesting target for the researcher as they use specific resources and strategies that enable them to maintain well-being and meaning in one’s life. In this perspective, entrepreneurship can be seen as a means to overcome social, cognitive and physical changes.
This SI aims at better understand the elderly through the theory of aging by considering different areas of research, such as entrepreneurship, gerontology and psycho-sociology…etc.
The topics of interests for this special issue include, but are not limited to:
•    Cognitive aging and decision making
•    Aging and resistance to change
•    Successful aging
•    Aging and employment
•    Aging and health
•    Aging and its effect on consumption behavior
•    The intergenerational relationships and their role in successful aging
•    The role of innovations and new technologies in subjective aging
•    The perspective of death and its effect on the elderly motivations
•    Creating or maintaining social acceptance for the eldery
•    Entrepreneurship as an opportunity for successful aging
We aim to propose with this SI a meaningful value to researchers on aging, practitioners and policy-makers.

and author guidelines must be followed, see here.