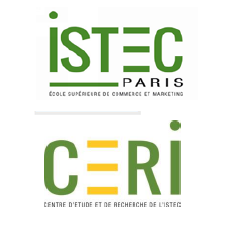 Over the last few years, we have witnessed a regained interest in the study of individuals or groups who purposefully or unintendedly open-up potentialities by organizing differently, at the margins of widely accepted cultural and institutional arrangements (Barin Cruz, Alves, & Delbridge, 2017; Cheney, Cruz, Peredo, & Nazareno, 2014; Swann & Stoborod, 2014).

Very often, a deliberate, purposeful intention is implied in such practices, in which participants actively engage in the production of alternative cultural, political, and institutional arrangements that challenge dominant paradigms (Farias, 2017; Kokkinidis, 2014) and/or in the prefiguration of alternative socio-political landscapes in the here-and-now (Leach, 2013; Maeckelbergh, 2011; Yates, 2015). But in some cases, individual and collective practices taking place “below the radar” within or around organizations are not meant to disrupt existing institutional arrangements. They might however participate in creating “moral gray zones” (Anteby, 2008) in which alternative meanings and practices are produced and sustained and even social and political change in the case of mundane, infra-political forms of actions (Fernández, Martí, & Farchi, 2017; Scott, 2008). Such endeavors – be they intentionally driven towards institutional change or not – can be seen as entrepreneurial (Bureau, 2013, 2014; Courpasson, Dany, & Martí, 2016) in the sense that they shape new organizational and cultural practices which depart from accepted institutional arrangements (Courpasson, 2016; Courpasson, Dany, & Clegg, 2012; Hjorth & Holt, 2016).

This leads us to consider the motivations stemming behind entrepreneurial actions that could be qualified as “subversive” as they produce new meanings and cultural practices. To which extend intended or unintended alternative practices taking place below the radar open-up potentialities for social and institutional change? What kind of change are we talking about? How can we assess the desirability and legitimacy of such changes? Do subversive activities engender institutional uncertainty (Bylund & McCaffrey, 2017) detrimental to their legitimacy? What forms of organizing do they produce, and on which cultural meanings and moral underpinning do they rest on? Does technology impact the nature, size, and strength of subversive networks? How do innovations at the fringe of existing institutional arrangements might become normalized? Do decentralization and denationalization enabled by IT promote institutional and cultural change?

If some scholars claim for a definition of alternative organizations as inherently positive attempts at producing more personal autonomy, solidarity and responsibility (Parker, Cheney, Fournier, & Land, 2014), and consider such organizational forms as necessary for social justice within democratic societies (Parker, 2017), we ask here for unpacking and questioning the cultural practices and moral underpinning that are produced in the making and organizing of such entrepreneurial practices. Since the productive, unproductive, or destructive character of entrepreneurship largely depends on the existing institutional arrangements (Baumol, 1996), the same concerns apply even more so when entrepreneurs aim at subverting the rules of the game (Douhan & Henrekson, 2010; Garud, Hardy, & Maguire, 2007; Sobel, 2008).

In this colloquium, we invite papers that question and challenge the ethical, moral, economic, and cultural aspects of organizations and entrepreneurial actions and innovations emerging at the margins of accepted institutional arrangements, and their potential (positive and negative) impacts.

Professor of sociology at EMLYON Business School and Director of OCE- EMLYON Research Center; he is also Professor at Cardiff University (UK). He has published numerous articles on political dynamics in organization, resistance and new forms of work and management in journals such as Organization Science, Organization Studies, Journal of Management Studies, Journal of Business Venturing, Entrepreneurship, Theory and Practice and Organization. He has also published several books. He has recently edited (with Steven Vallas) the SAGE Handbook of Resistance. He was editor-in-chief of the journal Organization Studies between 2008 and 2013.

Professor of organization theory and entrepreneurship at the EMLYON Business School and permanent visiting professor at ESADE-Ramon Llull University. He received his PhD from the IESE Business School at the University of Navarra. His research focuses on dignity, resistance, entrepreneurship, power and politics, and other institutional processes. He has published articles in journals such as Academy of Management Journal, Journal of Business Venturing, Organization Studies, Entrepreneurship Theory & Practice, and Journal of Management Inquiry.

The scientific committee will gather a selection of the most promising full papers presented at the colloquium for consideration for a Special Issue in Society and Business Review.

(for more information about this journal, please visit the website: http://www.emeraldgrouppublishing.com/products/journals/journals.htm?id=sbr).

Abstracts and full papers must be addressed to the following mail address: colloqueceri@istec.fr

Bureau, S. (2013). Entrepreneurship as a subversive activity: How can entrepreneurs destroy in the process of creative destruction? M@n@gement, 16, 204–235.

Bureau, S. (2014). Piracy as an avant-gardist deviance: how do entrepreneurial pirates contribute to the wealth or misery of nations? International Journal of Entrepreneurship and Small Business, 22, 426.

Courpasson, D. (2016). Impactful Resistance: The Persistence of Recognition Politics in the Workplace. Journal of Management Inquiry, 25, 96–100.

Leach, D. K. (2016). When Freedom is Not an Endless Meeting: A New Look at Efficiency in Consensus‐Based Decision Making. The Sociological Quarterly, 57, 36–70.